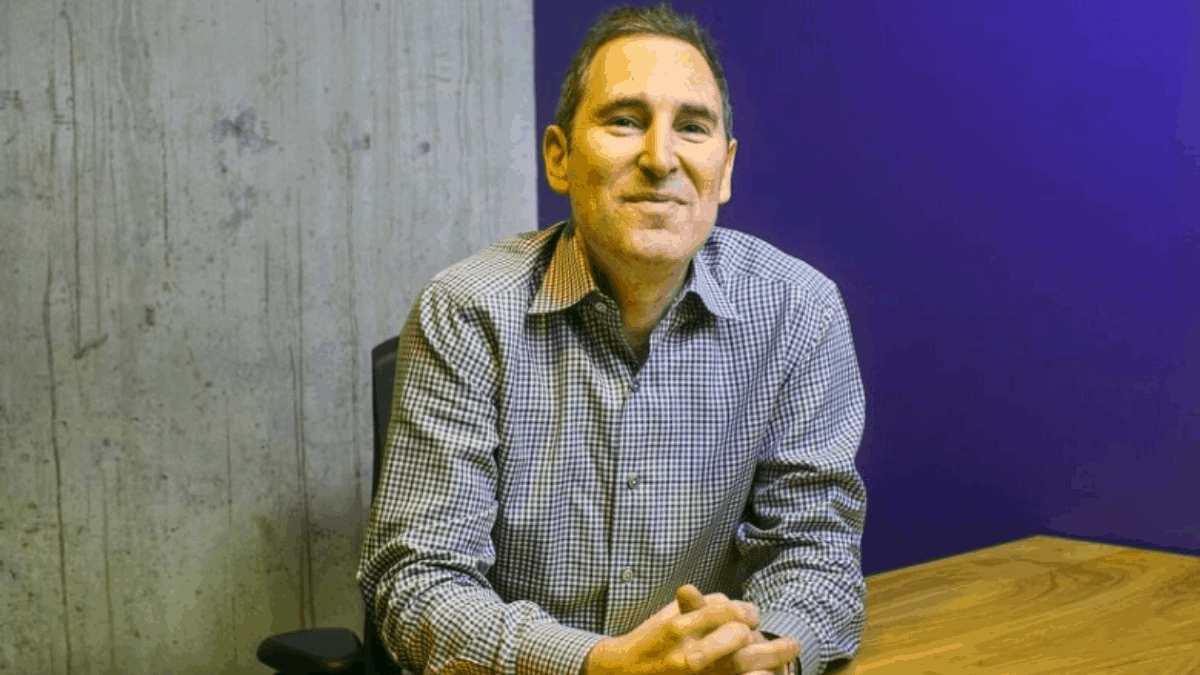 4 Takeaways for Startups from Andy Jassy, CEO of AWS

Andy Jassy opens up about the founding of AWS, growth, culture, holding standards, and what he does in the week between Christmas and New Year’s every year.

Being the CEO of a multi-billion dollar company will put plenty of pressure on you, but when that company is Amazon Web Services (AWS) – a subsidiary of tech giant Amazon with more than one million customers, offering about 165 services, and operating in approximately 190 countries – the pressure is really on.

No need to tell that to AWS’s CEO Andy Jassy, though. The man spearheaded the initial AWS project in 2003 and has been leading the $26B cloud computing company business ever since; Ultimately accounting for 71% of Amazon’s total operating income.

Jassy – who had a few years of experience working for Amazon when he pitched AWS – recognized that his developers were often “reinventing the wheel” in their jobs, rather than using their time to build something that would help customers. He realized this spoke to a larger issue the business world was dealing with that would only become more pressing as technology and software development continued to carve a dominant role in business.

Jassy focused on creating a solution to this challenge and went on to pitch it to the senior leadership team of Amazon with a memo that – by Amazon’s rules – was less than six pages in length.

Underscore’s Co-Founder Michael Skok had the opportunity to chat with Andy Jassy about his time at Amazon, where Andy opened up about the founding of AWS, growth, culture, holding standards, and what he does in the week between Christmas and New Year’s every year.

Read on for four takeaways from our talk with AWS CEO, Andy Jassy, or watch the full video of our conversation with him below.

Andy Jassy is interviewed by Michael Skok at the 2018 Underscore Core Summit.

1. The Right Talent is Everything

Having built a team of 25,000, Andy Jassy had plenty to say about hiring and how it has resulted in a high bar for the recruiting and interviewing process at AWS.

“One of the most underrated things that a leader can do as companies are scaling – in my opinion – is having extraordinarily high standards,” he said. “Because you can’t be in every meeting yourself as the business gets bigger, you want everyone to understand what that standard is and you want them to propagate it around the organization.”

“If they’re striving to meet that standard and know that it’s the expectation, you’re going to get better results.”

He’s had to learn that lesson the hard way, having dealt with people who seemed like excellent choices at first, but who weren’t the best fit for the company as it continued to grow.

“There are a lot of people in technology who are great V1 people, and they lose interest after you launch,” he explained. “You want builders who like to be tinkerers and realize the job’s never done.”

For that reason, Jassy likes hiring people who are vocally self-critical, humble, and great learners.

“There are a lot of great people who reach a certain point in their career and they think they know what there is to know, and I can tell you that there is zero chance that is true,” he said. “Every few months there is a bunch of new learnings in these businesses that are dynamic, and the second you think you know it all, is the second you’re unwinding.”

''The second you think you know it all, is the second you’re unwinding'' - @ajassy, CEO of @AWS Click To Tweet

For Jassy, avoiding these hiring pitfalls means scoping out for two indicators of success – good judgment and a love of learning.

“We look for people who have really great judgment – who are able to look at ambiguous situations where there isn’t a well-traveled path, and be able to sort through all the noise and make the right decision,” he explained.

As for a love of learning, he noted that many aspiring business leaders “aren’t that good about looking around the corner for what’s about to come,” and that success is easier to achieve if “you are moving on the things that are coming [instead of] always caught flat-footed and having to follow and chase.”

2. AWS Is Still Just a Big Startup (In Andy’s Eyes)

Although AWS has been around for more than a decade, has a client number in the seven figures, and has earned billions of dollars, Jassy knows this is just the beginning for the cloud computing platform.

When asked by Skok about the plans for and the feasibility of scaling AWS at its current size, Jassy believes the company’s continued success lies in its foundational roots, a need for speed, and a fear of complacency.

“I really think about AWS as a big startup,” he said. “A startup that has more process mechanisms than we had 10-12 years ago, but really, we function like a big startup. We believe speed disproportionately matters at every stage of your business. I think companies get this wrong sometimes – big companies somehow convince themselves when they’re leaders in spaces that they don’t have to be fast, but in the history of business, how many companies have been leaders for more than 5 to 10 years? Not too many.”

''Big companies somehow convince themselves when they’re leaders in spaces that they don’t have to be fast, but in the history of business, how many companies have been leaders for more than 5 to 10 years? Not too many.'' - @ajassy Click To Tweet

With this mindset, Jassy is aiming to beat the odds on market leadership with AWS.

To keep AWS innovative and its culture authentic, the company has a five-part approach to achieving new heights and keeping the right team members motivated.

Jassy was at his most candid as he spoke on his tolerance for failure, which he admits – in theory – almost feels unnatural at Amazon. “We have these very Type A, achievement-oriented people who hate to fail, and you need a culture that accepts and understands that if you’re going to be pushing the envelope, trying things, inventing, and moving quickly, you’re going to make mistakes and get it wrong sometimes.”

''...you need a culture that accepts and understands that if you’re going to be pushing the envelope, trying things, inventing, and moving quickly, you’re going to make mistakes and get it wrong sometimes.'' - @ajassy, CEO of @AWS Click To Tweet

Jassy recounted Amazon’s Fire Phone to illustrate his point. By all accounts, the Amazon Fire Phone was an absolute commercial flop. The Fire Phone launched in July of 2014, a few years after the smartphone boom in the early 2010s, and was discontinued just over a year later.

“The phone did not work out for us,” he said, but recognized the successes Amazon found in the wake of the project’s ultimate failure, noting “a lot of the inputs into that project were quite good.”

“You can’t manage the outputs – what you can manage are the inputs that drive the outputs,” he went on to note that perpetuating the fear of failure only hurts the company and its employees in the long run.

“We celebrated the builders who got the inputs right, and we found great landing spots for them, because if you don’t, you’ll never find great people who want to take chances on new initiatives.”

4. Stay On Your Toes

Andy Jassy believes that “every few months, there’s a bunch of new learnings in these businesses that are dynamic, and the second you think you know it all, is the second you’re unwinding.”

With that comes the need to be ready and willing to change.

Jassy’s biggest time of change comes annually – specifically, in the week between Christmas and New Year’s. That’s when he audits the processes in his workplace to determine which ones aren’t working and develop new mechanisms to implement the following year.

“I think the single biggest thing I’ve really had to change over time is what we think of as mechanisms at Amazon. We have this way we think about managing, where we talk about the difference [between] good intentions and mechanisms.” While good intentions can get AWS to a certain point, mechanisms, which “are repeatable processes that you inspect on a consistent basis – and you evolve together,” are the key to success.

In essence, Jassy’s sentiments lead to the conclusion that because Amazon and AWS are always changing, their culture is always staying the same.

Because of Amazon Web Services’ hyper-growth and the company’s embrace of consistent inconsistency, Jassy’s prepared for whatever comes next, because he and his team have done it before – every time.

“I don’t think any of us predicted it would go the way it has,” he says. “There’s been all kinds of surprises along the way”

Are you a bold entrepreneur building the next iconic B2B SaaS company? Get in touch. 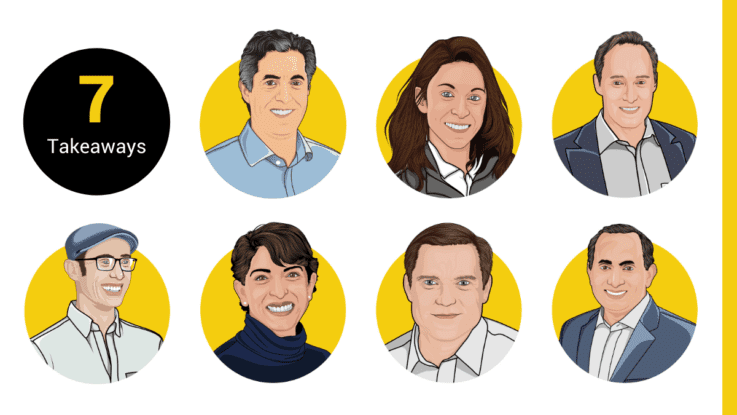