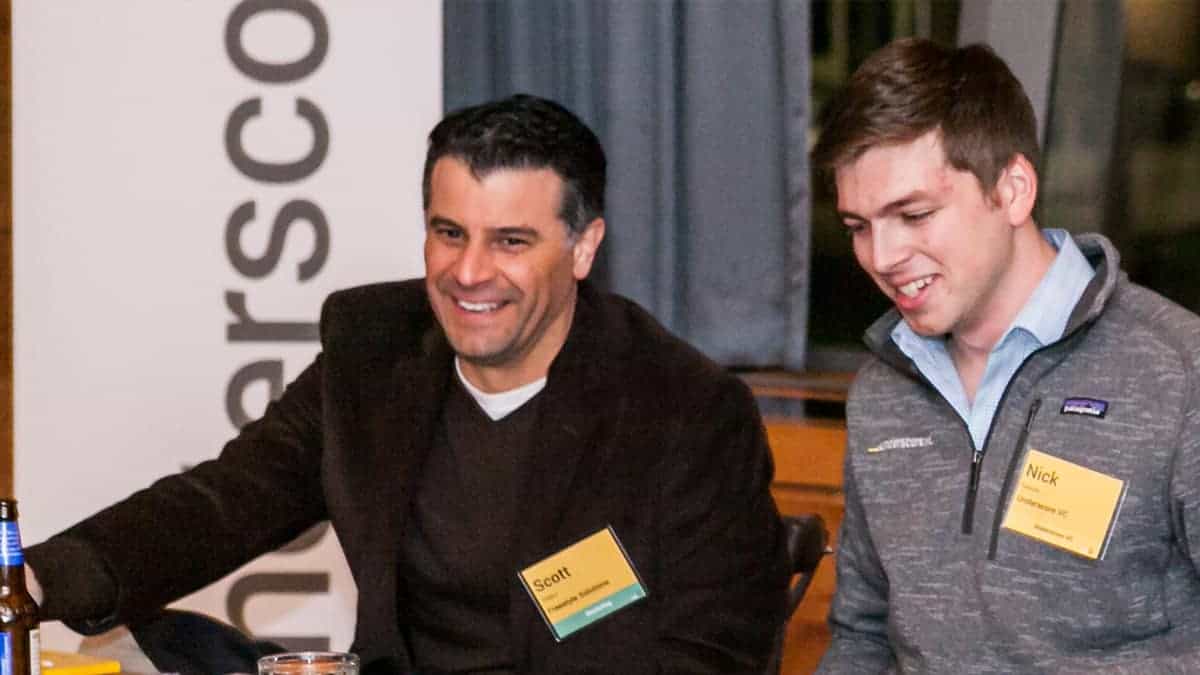 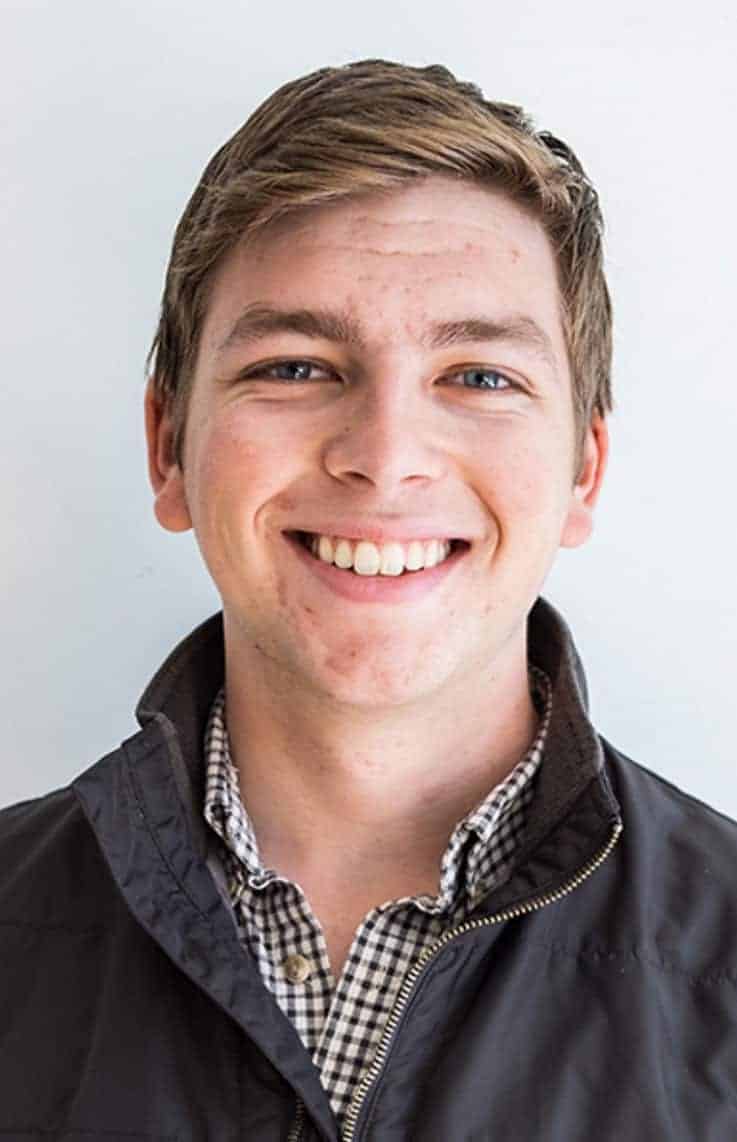 I like to say that Underscore is as much of a startup as many of the companies that we invest in. While the team has decades of collective experience investing in and building successful companies, Underscore itself has only been around for less than two years. This means that it’s very much all hands on deck, all of the time, and the small team leads to a lot of trust and responsibility. This trust extends to our two undergraduate Northeastern co-op associate positions, which become an integral part of the team each semester.

My fellow co-op, Mikal Khoso, and I were tasked with recruiting and hiring our next batch of co-ops.

I knew that ensuring we made A+ hires that fit was critical to the continued success of the firm.

The entire process was far more work than I could have ever imagined, but it was a huge learning experience that I’ll remember long beyond the end of this co-op.

I went back, reviewed my notes, and distilled 5 key takeaways that I learned while hiring my replacement at Underscore.

Your ‘ideal’ candidate probably isn’t who you will hire

When brainstorming what we were looking for in a candidate, I had many ideas of what type of person we should be looking for. I had a clear picture of the background, interests, and skills that someone in this position should have, but I learned that all of that goes out the window when you start interviewing.

When hiring, it really comes down to the three As, a framework developed by our partner, Michael Skok. Who has the right attitude, aptitude and ability to not only come in and be successful at the job, but also interface well with the rest of the team? Cultural fit is a huge factor any team, but even more so on such a small team. Even if a candidate fit the ‘mold’ in my mind, if they didn’t fit culturally with the team then there was no way they would thrive in the position.

Process and priority are key

Hiring is a very high touch, time intensive process. Between phone screens, in-person interviews, and deliberation, you can spend hours getting you and your team to a decision. This puts a lot of pressure on the process, and making sure that it’s as streamlined as possible. Thankfully, the team at Underscore knows how important this is, and gave our process the appropriate priority on their daily agenda.

Having a defined process also helps improve the experience for the interviewee. Clear and open communication between the interviewee and the company makes it easier on everyone involved to feel good about the outcome, whatever it may be. Having a set structure and timeline allows everyone to be on the same page throughout the interview process, and gives a clear and immediate answer to the ‘what’s next’ question which is so often in an interviewee’s mind.

Yes & No is clear…which yes is not

The vast majority of the time, whether or not the candidate is a fit for the organization is quickly obvious during an in person interview. The most difficult point to decide on is which of the qualified candidates to hire. Northeastern has never failed to provide us with top tier candidates, so it’s always difficult to make a decision on which ‘yes’ to take.

It’s very tempting to only bring the top candidate to the team for the final round of interviews. However, even if it’s clear who is the number one choice, it’s important to give every interviewer a point of reference to compare that candidate to. Without having another candidate to judge against, it’s difficult to see just how qualified a particular candidate is.

Furthermore, when it comes to deliberation, it is much easier to bring the team to a consensus when we can clearly see a point of comparison — which leads to my final takeaway.

Do the work up front to help corral the team to make a decision.

The hardest part in this whole process is making a decision. In our case, it’s a 6 month co-op for the firm, but usually, hires will be an integral part of your company for years. Luckily, the night before our interview day, Underscore hosted a dinner with some top talent executives from Boston tech companies. During this dinner, I struck up a conversation with Liz Gormley of BevSpot, and she provided me with some great suggestions on how to make the next day run smoothly.

At BevSpot, she makes a list of ‘talking points’ to use when discussing the candidates. These points cover the key attributes and skills that are needed to succeed in the position. Each interviewer gets this list prior to their interview, and then during discussions afterwards, they use the list as an agenda to talk about the candidates.

By implementing this, our team was able to shape their individual discussions to all cover the same key attributes that we had previously identified. In the end, this brought us all together with a structure to be able to make an informed decision with.

Hiring Underscore’s next co-ops has taught me a lot beyond these five things, but most importantly it has allowed me to have a lasting impact on the firm, in the form of my successors in the co-op role.

That is why I’m so excited to announce our two A+ co-ops Abigael Titcomb and Ben Jones who will be joining the team in July.

Abbey will be working on helping foster and grow our Core Community while Ben will be helping our investment team in the investment process and continue to help us wrap our heads around emerging technologies like Blockchain, IoT, and Machine Learning.

We welcome them to the team, and I’m looking forward to seeing them grow with the firm throughout the remainder of 2017. 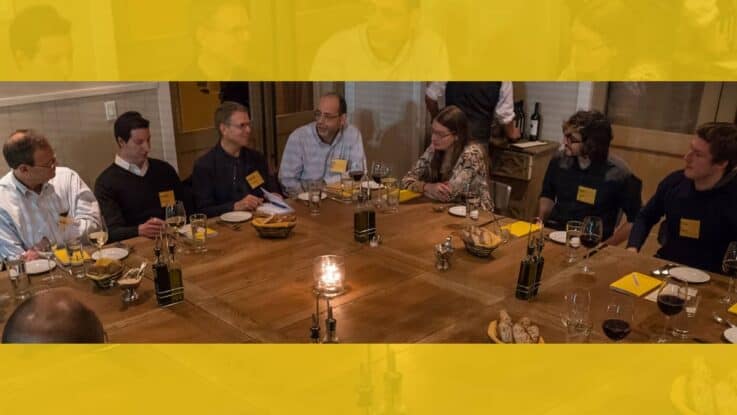