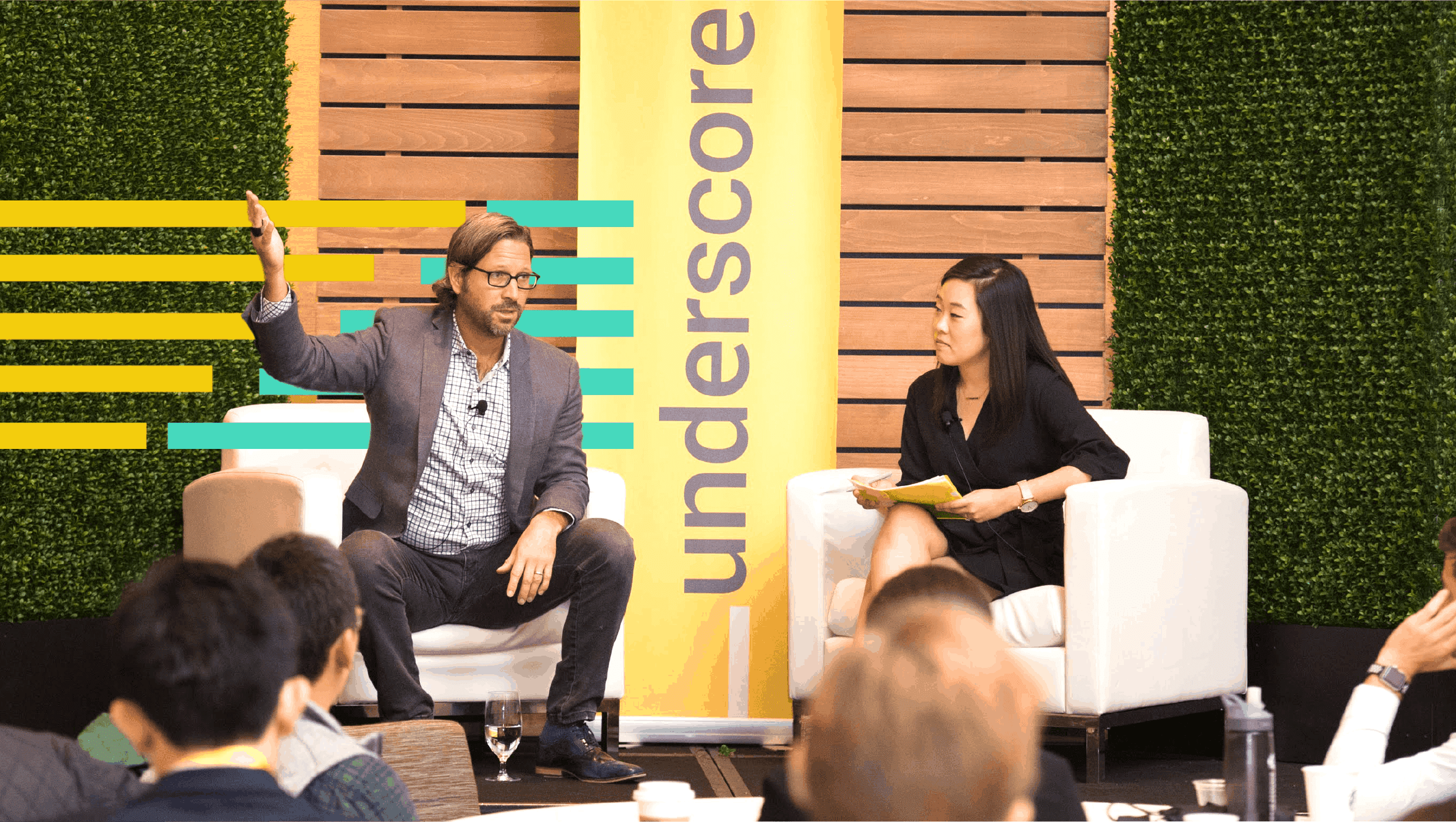 5 Tips for Entrepreneurs from Mark Roberge

We spoke with HBS Professor, Underscore Core Partner, and Former Hubspot CRO, Mark Roberge, about his take on hiring, whom to sell to early on, the importance of balancing work with mental health, and ultimately what sets successful startups apart from those doomed to fail.

While many would be quick to say revenue growth, Mark Roberge argues strongly for the other option.

Mark’s experience in business – specifically in high-growth startups, such as Hubspot – gives him more than enough credentials to reach this conclusion. Currently teaching the next generation of business leaders at Harvard Business School, Mark is also Managing Director at Stage 2 Capital and the former CRO of HubSpot.

Through his experiences, Mark has come to understand what sets successful startups apart from those doomed to fail. We spoke with Mark about the key distinction between these two types of companies, in addition to his take on hiring, whom to sell to early on, balancing work with mental health, and his most valuable advice to entrepreneurs.

Read on for our key takeaways from our chat with Mark Roberge at Core Summit 2019.

1. Customer Success Trumps Everything Else

Mark spent the bulk of his time speaking about the importance of customer success – particularly for startups – and how a focus on customer success (or lack thereof) is tied so closely to churn rate.

He argues customer success is most accurately defined by the answer to one simple question: are people renewing?

Mark has seen too many companies prioritizing new revenue rather than investing in an existing customer base, resulting in a broken growth model and an instant recipe for high churn.

He went on to describe churn as the “silent killer” of growth in companies, since “you usually don’t know for, like, six to twelve months whether a customer’s actually going to renew. That’s not learning fast.”

His solution is to set clear criteria to determine customer success. “It’s critical to understand a leading indicator to churn,” he explained. “We call this the ‘A-ha moment.’”

This “A-ha moment” is a certain action, threshold, or point a customer reaches soon after partnering with a new company. A few examples Mark referenced were HubSpot’s new customers using five of 20 features and Slack’s customers sending 2,000 team messages. “What you’re trying to answer is: what can you observe in your customers in the first 60 days of their experience with you that, if they achieve that, they will be a long term customer. And if they don’t achieve it, they will probably churn.”

Referring to this threshold or action as a crucial first step in a new company’s journey from zero to $10 million in revenue, Mark elaborated further on its importance, saying, “I don’t care about demand gen at that point. I don’t care about pricing. I don’t care if we’re profitable. It’s really hard to come up with an idea and get 80% of the people [who purchase] to see the value in 60 days. That is hard.”

Only after you address the risk of churn should you attempt to execute on the growth model, because until that point, the growth model may not be scalable without strong customer retention.

''Only after you address the risk of churn should you attempt to execute on the growth model, because until that point, the growth model may not be scalable without strong customer retention.'' - @markroberge Click To Tweet

2. Seek Out Playbook Makers for Your Sales Team

Core Members have written before on surprising traits for success in early-stage sales hires, but when Mark was asked what to look for in a first sales hire, his advice spoke to the need for leaders rather than followers.

“I don’t want the person who’s like… ‘where’s the playbook?’,” he said. Rather, “this person needs to be excited to build the playbook” on selling strategy. You can read more on this notion of play-book creating sales professionals in a recent blog post from CloudFlare sales alum, Micah Smurthwaite.

Mark Roberge also noted that most companies will make a “resume hire” based solely on the name of the company a candidate has worked at in the past, rather than what that person can bring to the new company.

“That’s not the filter you want to be looking for,” he warned. “In sales, anytime you’re doing hiring, your context matters a lot in terms of who’s going to work.”

He brought up the need for a company’s first salesperson to be the evangelist of a new product or even a new category. Experience doing this – particularly in the industry your product or service line occupies or sells to – definitely goes a long way.

As an example, Mark referenced the different sales strategies employed at different price points. “Whether they’re selling million-dollar software or hundred-dollar software is really different. The million-dollar? They have to be consultative and understand the politics of business. Hundred-dollars? They have to be really transactional and be on the phones.”

Lacking this foundation can cause detrimental problems for a company down the line, since the sales team could be lacking the essential skills to explain the company’s value proposition and help create benefits for their future customers.

As companies attempt to prospect and close their first clients, Mark suggests searching for those eager to be early adopters.

“The first customer acquisition is the classic early adopter, but let’s double click into what that actually means.”

Mark went on to describe these people as the ones who – after learning about what you’re selling and determining that they’re interested – say “I’m so excited to send you three pages of feedback when I try your beta project.”

“Those people exist,” he assured, and you’ll know you’re talking to them when you’re on a call and someone says “listen, we stand for innovation at this company, we like to be the first to market with certain things.”

One other tip for early customer acquisition and prospecting Mark had was to start small and not immediately toss a line out for the big fish.

“If you’re selling to banks…start with a regional bank,” he suggested. “Go as small as possible, because you’ll get faster feedback loops. You’ll get to a “no” and a “yes” faster, [and] there’ll just be less red tape.”

Mark Roberge’s reputation in business is well established in the startup community, and one of the reasons why is because of his advocacy for mental health.

“I’ve been in therapy for ten years,” Mark said. “You need your support mechanism outside of your company.”

Mark explained the push for therapy happened in the earlier days of his career, as the company he was at was rapidly scaling. “I needed that support,” he said, “and have kept it up since.”

Mark knows going to therapy isn’t always easy to admit, but is optimistic about the way that societal outlook has been evolving. “I think we’re moving away from the stigma associated with that,” he explained. “Therapy used to be known as ‘there’s something wrong with you,’ but I just can’t imagine why any founder or executive shouldn’t have a therapist to talk through things, whether it’s personal or on the job.”

Outside of therapy, Mark looks for help through peer networks he created, using them to talk through common on-the-job issues that he and his colleagues face. The idea started when he was back at HubSpot, where he was having coffee chats with VPs of Sales from different companies each week, and eventually led to a quarterly peer group that meet up for dinner and drinks, much like many in the Underscore Core community do.

That group gave Mark guidance and career advice that he still carries with him.

“That’s where I personally learned the most about sales, because usually we went around the table, and many of them had had the problem that I was facing before and gave me good advice. I also had problems that other people were mentioning. That was another important support mechanism.”

If anyone knows the temptations of dropping everything for work, it’s Mark Roberge, but he always did – and still does – make time for his health, family, and interests.

Reminiscing on his time at HubSpot, Mark recalled a time when he had 450 salespeople under him, and still made time every day at 2:00 to leave the office and run on the Charles River.

Despite his work and professional duties, Mark knows it’s not worth it if you lose focus of who you are outside of work.

“I left the office at 3:30 every Wednesday and Friday to go see my kids who were young at the time. I worked 80 hour weeks all the time, but this is a marathon, not a sprint, so take care of yourself through the journey.”

''This is a marathon, not a sprint, so take care of yourself through the journey.'' - @markroberge reminds entrepreneurs not to forget their regular lives and mental health. Click To Tweet 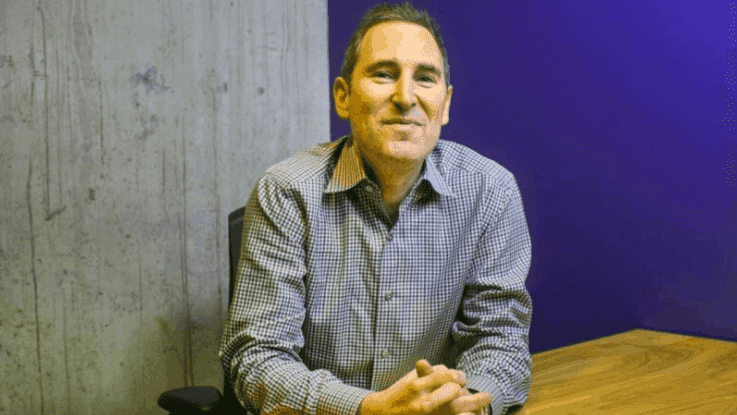 4 Takeaways for Startups from Andy Jassy, CEO of AWS and Incoming Amazon CEO