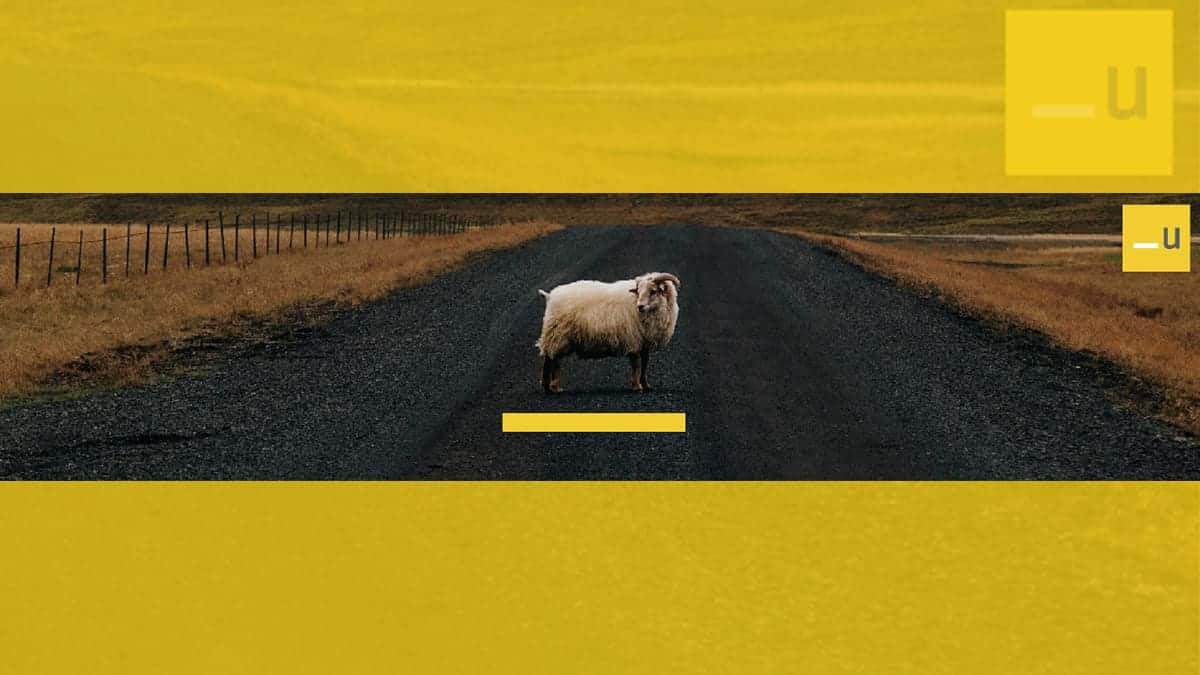 Sorry Satoshi: The Case for a Price Stable Cryptocurrency 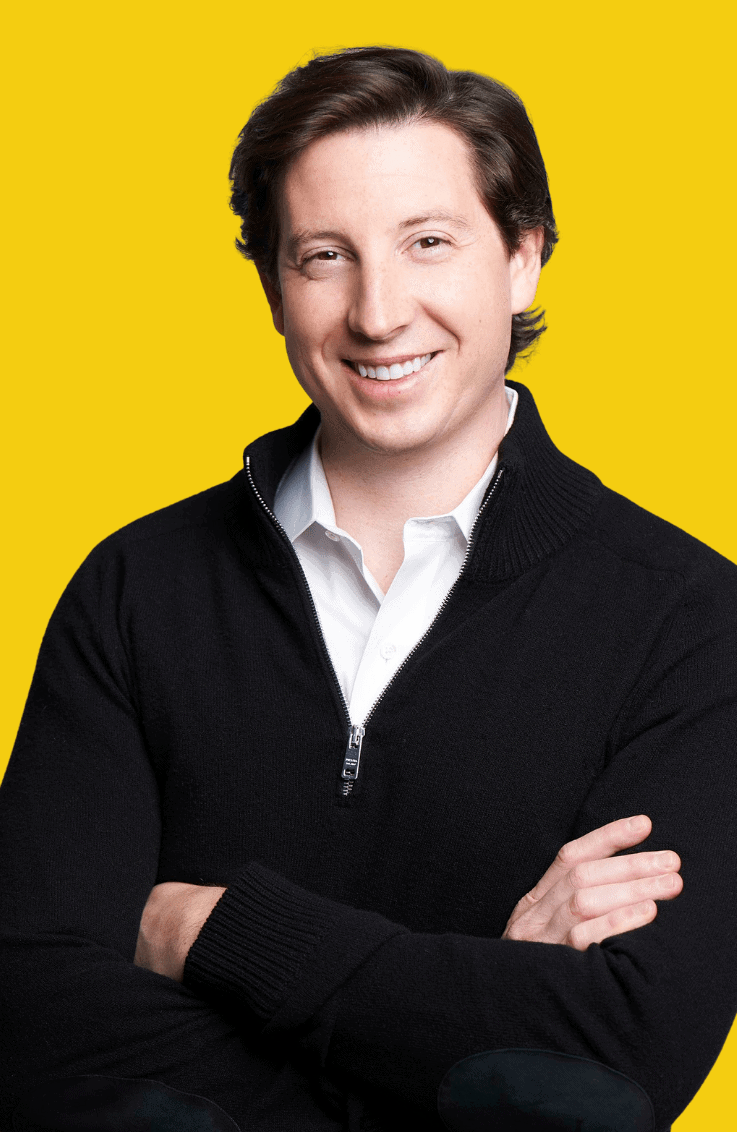 Why We Invested Behind The Basis Protocol Team

It’s everything you own to support your family. Your life’s savings in numbers in front of your face, all sitting in a rapidly devaluing national currency undergoing hyperinflation. What do you do?

You buy bitcoin of course!

Assuming that was easy to do (it isn’t), you might leave it at the exchange (which isn’t a good idea), or become your own bank (yay, new responsibilities!), and now you’ve got $10,000 of value in a decentralized cryptocurrency with some of the best developers (and governance) around it!

Congratulations, you’ve got a spot on the blockchain, maintained by an increasingly consolidated set of miners around the world!

As they say, all things are relative.

Tomorrow comes, and you now have $12,000! Love that uptick! You love this bitcoin thing!

The next day comes, and you have $8,000 now! Rough day, feeling blue and you find yourself wondering, so who backs this bitcoin thing?

Welcome to one of the largest global speculation games that has ever existed; and here you thought you were just finding some stability. Now all you think about is what the price tomorrow is going to be…

Do you have an insight today that you can trade to crypto riches? I heard institutions and big money were moving in! Or, are you going to be the last money in “holding the bag” (you’re probably not for what it’s worth)?

All you wanted to do was escape currency volatility due to weakened monetary policy and institutions of your national currency, and now you’re a professional day trader with your life’s savings secured by a string of characters you’re desperately trying to hold onto, and little certainty on the value of your $10,000.

As they say, all things are relative.

That is why we invested in the Basis protocol, in search of the best team taking on one of the holy-grail problems in cryptocurrency — stability. In short:

We think price volatility for certain kinds of cryptocurrencies is a bug (not a feature), and in turn, is one of the biggest barriers to widespread adoption that cryptocurrencies face today.

Satoshi got it very right. And a little bit wrong.

The Bitcoin protocol is brilliantly decentralized — no central entity controlling it’s unalterable supply that will be eased into circulation through time to incentivize the mining of transactions in a global permissionless network. Brilliant. Top notch. World changing work. Full stop.

But you have to think about what was removed.

Unlike many fiat currencies, like USD, today’s fixed supply cryptocurrencies are decentralized (which is great to be clear), but that means they do not have a central bank that implements monetary policy to keep purchasing power stable.

The implication is that → changes in demand can induce massive fluctuations in price; hence bitcoin became a global game of speculation due to its inherent digital scarcity. This is why people call it ‘digital gold’ and ascribe it value today (through some shared human-meaning, making and understanding like you’re reading right now — but that’s enough on that).

The irony is that on one hand the fixed-supply curve is a profound part of cryptocurrency protocols today, but on the other hand, it creates a massive barrier to widespread use and adoption, and will continually let us down for use as a medium of exchange (as it was not designed for it, but rather as a store of value).

Bitcoin will be volatile forever.

As the global market demand ebbs and flows — the price of bitcoin and other cryptocurrencies will remain extremely volatile. Growth in demand will translate into significant price increases. Reductions in demand will translate into significant price decreases. It’s an attractive place for price speculation. Admittedly, bitcoin will find its own price equilibrium through time as supply in circulation reaches its steady state in 2040 (unless governance changes are implemented by the core developers), but it just seems like a long time to wait for “the stability evolution” to happen when we already created a lot of the key technologies that enable programmable money…

Even with all the key infrastructure in place (forgive the pun, or don’t — note: this is where we are spending most of our time as investors) — demand will continue to ebb and flow due to price speculation and in turn create further volatility. And while a cryptocurrency’s volatility may fuel speculation-based adoption today; in the long run, it will hinder real-world adoption.

If users cannot be sure that the purchasing power of their accounts will remain stable, they will never adopt a cryptocurrency as a medium of exchange over a price-stable fiat alternative. The same volatility problems extend even into every day transactions. Because of their volatility, today’s cryptocurrencies are unsuitable for even the most basic financial transactions and contracts that our economy relies on.

In every day transactions — why not buy a cup of coffee with a bitcoin? Because the price would constantly be changing, making it untenable for a retailer to quote prices in such a rapidly changing price.

In financial contracts over time — why not get paid in bitcoin? If the price of BTC dropped, you might not be able to put food on the table (or you could be eating surf-and-turf! hard to say which on a given day…)! Moreover, without price stability, it is difficult for credit and debt markets to form on top of a cryptocurrency because every contract requiring payments in the future must charge a large premium to factor in price risk — in some cases, a factor so outsized it exceeds the value created from doing so!

Unfortunately, most cryptocurrency research to date has been on other technical topics besides stability — you’ve heard them all before: scalability solutions in layer 1 and 2! Semi-unproven encryption for nuclear-level privacy! Smart contracting platforms galore! New coins and different supply schedules ahoy, captain! (also: see our investment in Messari — a self-regulatory open-data project to promote transparency — now with its own form of cryptoasset primitive).

In comparison, very little attention has been paid to improving price stability, a problem that is likely an even bigger obstacle to the mass adoption of cryptocurrencies as a medium of exchange.

One solution to the “volatility problem” is to create stability through a mechanism to adjust supply to be responsive to demand.

This is where the team behind the Basis protocol comes in. Hard at work, the team is building a price-stable cryptocurrency that algorithmically implements monetary policy not unlike what central banks implement today, but in a way that is decentralized and programmatically market based. In effect, implementing monetary policy similar to that executed by central banks around the world, except it operates as a decentralized, protocol-enforced algorithm, without the need for direct human judgment.

As such, Basis can be understood as implementing the world’s first “algorithmic central bank” — an open protocol to deliver a decentralized price stable cryptocurrency that is notably more stable than alternatives, resistant to debasement, and decentralized as a store of value, medium of exchange, and unit of account. To do so, they have created markets around both sides of the supply curve that will function to algorithmicallyadjust the supply of tokens in response to changes in demand. Here’s their whitepaper for further details. And remember, these are still technology startups…

Lots to prove, lots to de-risk, and lots to learn from the market as it evolves.

But, as with investing in all early stage technology startups, 90% is on the team and their ability to execute a massive vision (the other 10%) which is exactly why Underscore VC has invested our time, capital, and community behind the Basis team. We’re set to help them provide stability to the crypto ecosystem and the value flows we hope to see on top of the protocol that reconfigure the way financial currencies around the world work — we think it’s the beginning of when things start to get interesting with blockchain technology.

For more data on The Future of Blockchain make sure to see the latest results ⚖ of our industry wide survey below!

And, if you’re an entrepreneur’s entrepreneur we’d appreciate the opportunity to learn what you are dedicating your life to at Underscore VC.

Let’s continue the conversation by commenting or tweeting me at @RichDulude. 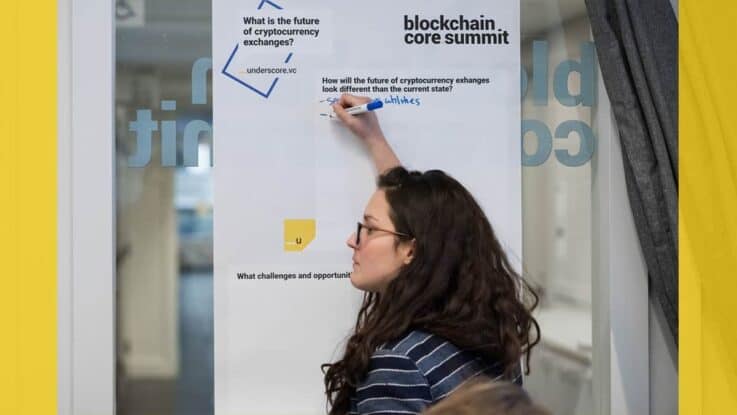 A New Class of Middlemen? The Future of Cryptocurrency Exchanges 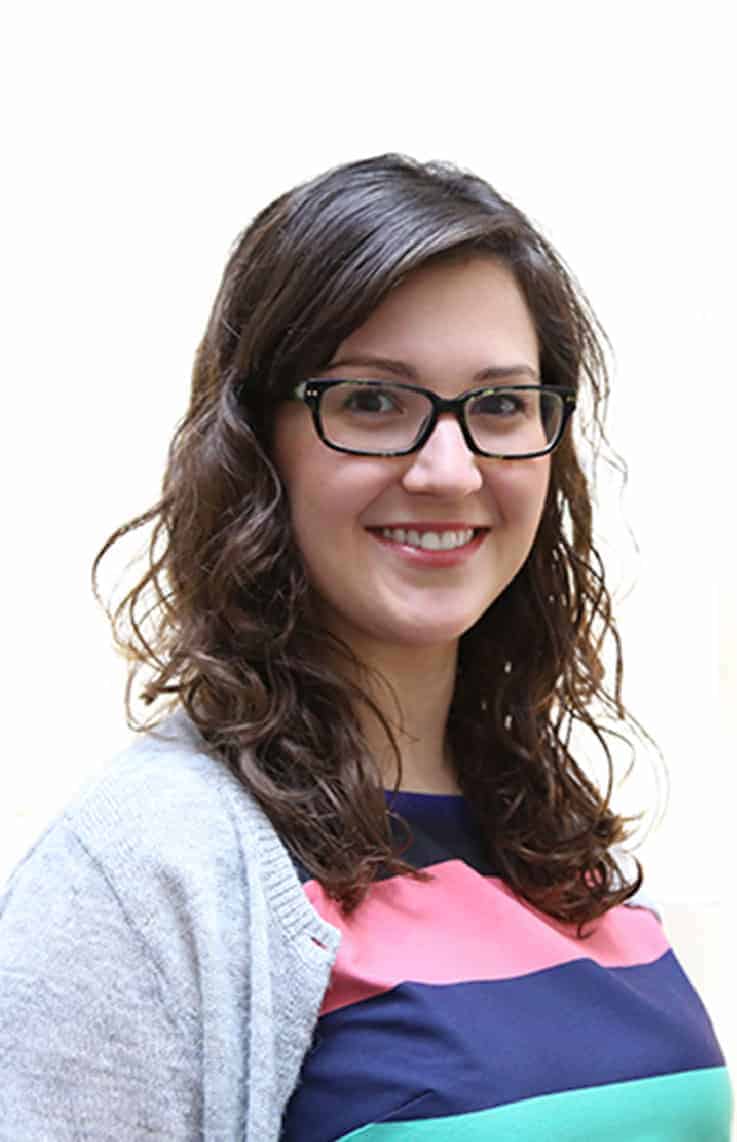