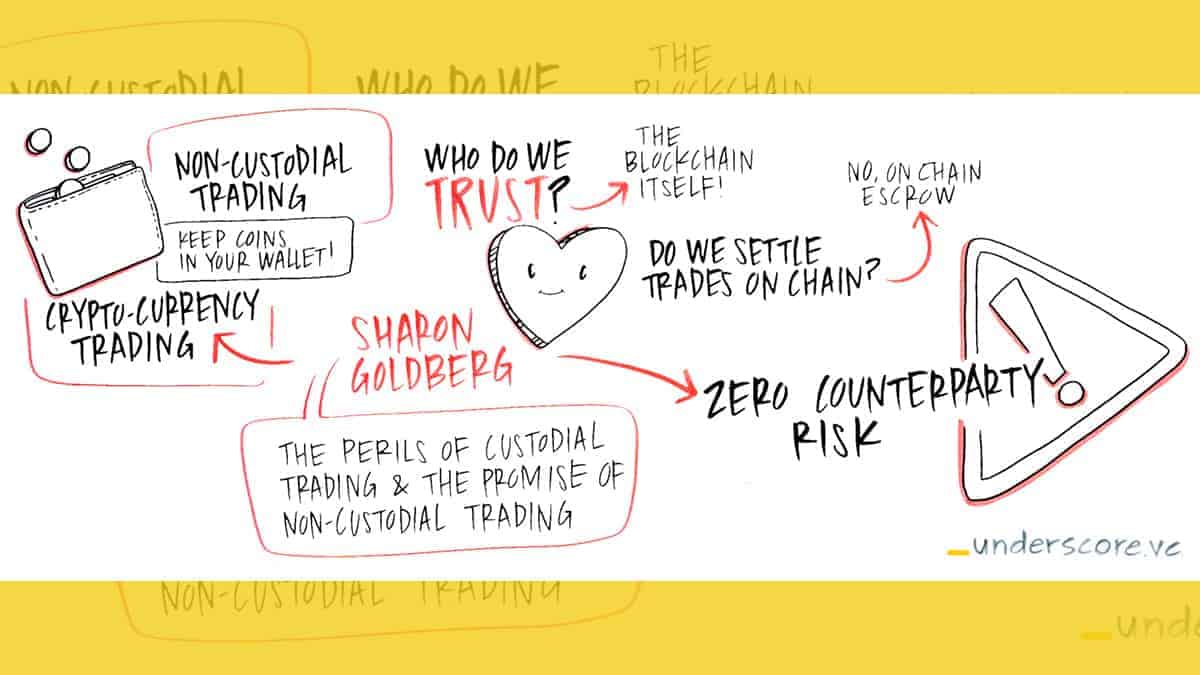 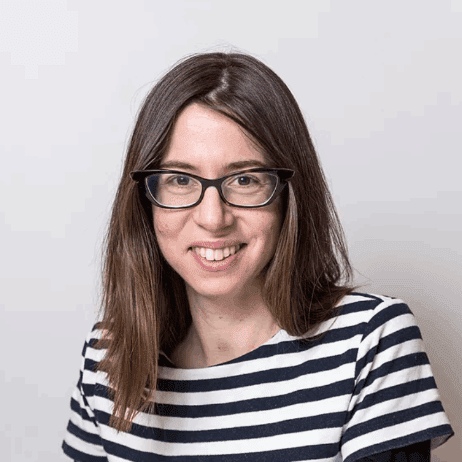 A few weeks ago, I gave a lightning talk about Commonwealth Crypto’s vision for non-custodial cryptocurrency trading at Underscore VC’s Future of Blockchain Summit in Boston. In this post, I’ll share the key ideas and some slides from my talk.

The perils of custodial trading

The promise of non-custodial trading

Non-custodial trading promises to eliminate (or at the very least, limit) counterparty risk. With non-custodial trading, users no longer have to deposit their coins at a centralized exchange. User coins remain housed in user’s own wallets, instead of trusting the exchange’s wallet with custody of their coins.

That way, if the exchange is hacked and coins are stolen from the exchange’s wallet, the user’s coin are not at risk.

In this post I’ll dig into some of these details, and describe where our solution fits into the design space.

Who do we trust?

The promise of non-custodial trading doesn’t come for free. We usually need to make some sort of security assumption to ensure that user’s coins remain secure even if the exchange (that the user is trading on) is hacked. Here are some of the security assumptions that we’ve seen in the ecosystem.

We see trusted third parties all over the cryptocurrency ecosystem. Perhaps the most famous of these is BitGo, who is “trusted by market leaders” to secure transfers of cryptocurrencies from one wallet to another.

Trusted gateway. Sometimes, a trusted third party manifests as a trusted gateway. Waves is a “decentralized exchange” platform that comes with its own Waves blockchain. Users deposit bitcoins at a Waves gateway and get “WAVES bitcoins” that can then be traded on the Waves blockchain . These gateways must be trusted, however. If the gateway is compromised, the user may not able to convert her “WAVES bitcoin” back into regular bitcoin when she is finished trading.

Trusted execution engine. One way to eliminate custodial risk is to rely on trusted hardware. The Tesseract project prevents theft of user coins by assuming that any code run inside the Intel SGX enclave is secure and cannot be compromised. That way, any coins the user deposits at the exchange are safe even if a thief “gains complete physical access to the machine in which the funds are stored”. All bets are off, however, if the SGX enclave is compromised.

What is far more appealing to us at Commonwealth Crypto, is to trust the blockchain itself. After all, we are trading cryptocurrency. That cryptocurrency should have very little value if the blockchain backing it is insecure. As such, we might as well trust that blockchain for security, and completely avoid the requirement that the trusted party is not compromised.

This approach has been used in a variety of other projects as well, including the Lightning Network and the 0x protocol.

Before leaving the topic of security, let’s spend a minute on threat models.

Notice that the user’s coins are safely held in the user’s wallet before and after each trade. However, the user’s coin are at risk in the middle of a trade. If ShapeShift is hacked, for example, it might receive the user’s bitcoin’s but then refuse to transfer the user’s litecoins.

At Commonwealth Crypto, we are working with a more aggressive threat model. We want to provide security even in the middle of trade.

That said, the centralized approach is likely to be subject to more regulation than the peer-to-peer approach.

Finally, many “decentralized exchange” protocols, most notably the EtherDelta protocol, require individual trades to execute on the blockchain. In other words, the trade is executed by the blockchain itself.

First, it can be slow. The speed of the trade is limited by the speed at which the blockchain confirms blocks. For Bitcoin, the expected time to confirm a single block is 10 minutes; many centralized exchanges will only accept a bitcoin deposit only after its corresponding bitcoin transaction has six confirmations(expected time, 1 hour).

Second, scalability is a challenge. If each individual trade needs to be confirmed on the blockchain, and a healthy trading ecosystem leads to many trades, then the blockchain itself will be clogged up with transactions resulting from each individual trade. Note that today’s custodial trading ecosystem avoids this problem, since the only transactions that need to be confirmed on the blockchain correspond to deposit and withdrawal of coins from the exchange. (Clogging does happen; remember the CryptoKitties phenomenon?)

Third, front-running and griefing can become a problem. Simply put, on-blockchain settlement often requires that you tell all the nodes on blockchain about your trade, before that trade is complete and confirmed on the blockchain. This can lead to race conditions. For instance, an adversarial blockchain node can learn the details of your trade, and attempt to profit from it by front-running your trade with its own trade.

These on-blockchain speed, scalability, and front-running issues have motivated us to design protocols where individual trades are executed off-blockchain.

Our protocols do this using an approach that is similar to that of the Lightning Network:

Then, once the escrows are established, the user can execute multiple off-blockchain trades, as long as trades don’t exceed the value in escrow and the escrow has not expired. Each trade simply involves sending off-blockchain messages between the user and the exchange. This way, we can avoid front-running and griefing.

In Sum: The Commonwealth Crypto Approach

There are lots of ways to tackle the problem of counterparty risk. Our approach enables fast off-blockchain trading using a centralized exchange’s existing orderbook. We use an aggressive threat model (security must hold even during a trade) and minimal security assumptions (the exchange is untrusted, and users need only trust the blockchain itself).

I’m looking forward to sharing more details about our technology roadmap and vision for cryptocurrency trading in the coming months! But for now, we will continue to build. 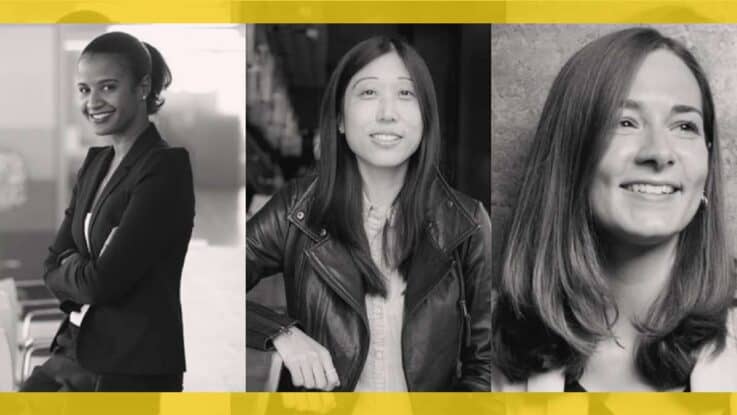 20 Transformative Women In Tech That You Should Know