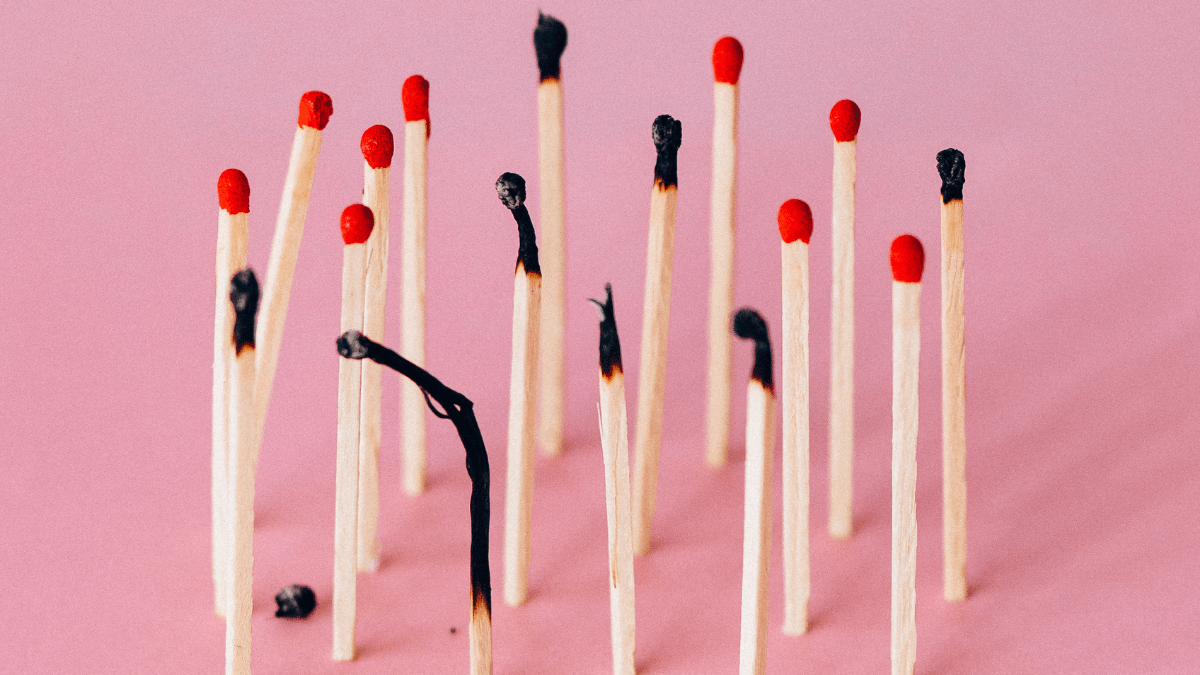 When Quincy Apparel first launched back in 2011, Tom Eisenmann, Harvard Business School Professor and Chair of Harvard Innovation Labs, had complete confidence in the company. So sure this new eCommerce apparel brand would be a success, he even invested in it.

After all, he knew the co-founders well: They had been his students at HBS. And, they had executed “textbook-perfect” MVP testing to validate their idea. There was real customer demand, and the team quickly raised a $1 million Seed round.

But despite all these signals, Quincy Apparel burned through cash without making enough progress to raise more. By 2013, the company shut down. What happened?

“I could point to a lot of things that went wrong, but I couldn’t pinpoint the cause,” says Tom. After watching Quincy Apparel—and countless other startups—go through this tumultuous experience, he set out to determine the patterns of failing startups.

He surveyed 470 early-stage founders as part of his years-long research and published his findings in the new book, Why Startups Fail: A New Roadmap for Entrepreneurial Success. Tom shared some of this research at our Boston Reconnect event in a conversation with Lily Lyman, Underscore VC Partner, moderated by Richard Dulude, Underscore VC co-founding Partner.

To kick off the conversation, Tom first defined failure as ventures in which “early-stage investors did not or never will make money.” Through his detailed research, Tom identified six key patterns that cause startups to fail.

This first pattern of why startups fail is around early team formation. Bad Bedfellows can sink a startup, and they can include founders, co-founders, early hires, investors—or any other critical relationships. The Quincy Apparel team, for example, was co-founded by two bright, hard-charging entrepreneurs. But the early team was deficient in several ways.

For one, the team had no fashion or apparel experience and didn’t understand the ins and out of the industry. In short: They lacked founder-market fit.

“A lot of failures can be traced to not having the industry expertise when you need it,” says Tom. “But it’s important for entrepreneurs to understand you don’t always need it.”

For instance, you may not need photo sharing experience to launch a company like Instagram. But to launch an apparel company, which involves many design and manufacturing steps, you need to understand the sequences.

Lily notes that she often sees a lack of founder-market fit with less technical founders, who are just looking to start “something.” That’s why Lily asks founders: What’s your “why” behind starting this business? She looks for people obsessed with a problem with intrinsic motivation to solve it.

Beyond tackling the right problem, co-founders must complement each other, knowing how to work together—and how to work independently. Despite being two great leaders, Quincy Apparel’s co-founders couldn’t agree who was the boss. “Both were qualified to be CEO,” says Tom. They made all their decisions together. “But eventually, that slows you down,” he adds.

Supporting the co-founders are the earliest hires. And while skills, knowledge, and experience matter, attitude matters equally as much. Quincy Apparel hired the wrong people, focusing too much on skill and not enough on attitude. “They couldn’t adapt to the rhythm of an early-stage company where everybody has to dive in and put out whatever fire is burning the hottest,” says Tom.

Beyond your own team, the wrong investors can also cause challenges. Tom notes that many MBAs “lionize” venture capital and assume that they should raise VC funding if they want to start a company. But for some businesses (like Quincy Apparel), patient capital may be a better fit. You want “somebody that’s not looking for a 10x return quickly, but assumes that it’s going to take some time to define the brand and sort through production processes,” says Tom.

Surrounding a company are partners, providers, and a boatload of other industry players. Again, it’s important to have the right parties around you. Lack of apparel experience meant the Quincy co-founders had no relationships with designers and manufacturers. This caused all sorts of production problems.

For Quincy Apparel, they had “bad bedfellows all around,” Tom sums up.

Another reason why startups fail is False Starts. “The definition of entrepreneurship is somebody who makes things happen,” says Tom. “So what can be more natural than just starting the engineering work as fast as you can?”

The issue is this: It can take four months to build a product, sell it, see if it’s working, and figure out how to pivot when it’s not.

If an entrepreneur jumps the gun and skips important steps like customer discovery and prototyping different solutions, they will have wasted four months of work. “If you’ve only raised a year or 18 months of capital, that can be deadly,” says Tom.

It can be great to trust your gut, but sometimes you need to think through decisions. “Move fast when you can, but take your time when you need to,” he says.

He returns to the example of Quincy Apparel. Since neither co-founder had industry experience, they needed to spend more time in learning mode. However, when one co-founder quit her job to focus on the startup, she had no income—and a lot of student loans. The pressure was on to raise money and go, and they false-started by cutting short their research on apparel design and production processes.

The next failure pattern to watch for is False Promises. You may get certain signals from early adopters, and it can be tempting to customize your product to fit their needs. However, “Product-market fit can be lost over time,” says Tom.“If mainstream customers don’t keep foaming at the mouth like your early adopters, you’re going to have trouble.”

He used Dropbox as an example. Drew Houston, Dropbox founder and CEO, had the vision to create a product that was so easy to use, his mom could store her recipes on it. However, his early adopters were highly technical software engineers with sophisticated needs for file management—an extremely different customer profile. Drew had the discipline to think long-term and design for his mom, while making it “good enough” for the engineers. The early adopters still embraced it, as did future waves of mainstream customers.

On the flip side, Fab.com, an online home furnishings retailer, experienced the opposite effect. “They had enormous enthusiasm from their early adopters and word of mouth referrals,” says Tom. “Even though the company spread like wildfire through social media and raised a boatload of money at very high valuations, they simply couldn’t sustain the enthusiasm as they moved to the next wave of customers.” They struggled to grow, lost product-market fit, and ultimately failed.

As you start to scale, another common source of failure comes from Speed Traps, when an “entrepreneur tries to grow too fast, and the wheels fall off,” says Tom.

When you’re no longer reaching early adopters in the next phase of growth, you’re likely targeting a less interested customer. You can end up with something Tom calls an “LTV-CAC squeeze,” when new customers are less valuable but cost more to acquire because they’re not as interested in your product. In short, growth is not profitable.

Lily reminded the audience of the importance of right-sizing spend to reach the milestones needed to raise the next round of capital. “Top-line bookings can look great, but if it’s like a leaky bucket, that leads to burning a ton of capital,” says Lily. “That’s a big financial risk.”

Meanwhile, you’re hiring like crazy. But great talent is hard to hire, and new employees can be hard to train. You go from having no processes to needing all sorts of systems. “Somebody’s got to put those systems in place, and an entrepreneur will often resist what feels like burgeoning bureaucracy,” says Tom. When all this happens, the business can quickly unravel.

The next pattern of why startups fail is Help Wanted, when a company misses key senior management to lead strategy, determine org design, or manage culture. There are so many moving pieces, rapid changes, and new people in the mix as you scale, and the right leaders are critical for success.

Tom cited Dot & Bo, an online home furnishing retailer, as an example. The company had a terrible time managing its shipments. If you order a couch online and it arrives a few days early, “You’ve got a huge problem on your curb,” says Tom. It took the company three attempts to find the right VP of Operations who could manage that process and make sure shipments arrived on time.

Lily adds that as companies scale, the management level below an executive team is “one of the most important pieces of talent.” These are the folks who build teams and grow people, and they are crucial to a company’s success. “That’s a different profile than what you hire for at Seed, Series A, or even Series B,” she says.

6. Cascading Miracles: When Everything Must Go As Planned

The final failure pattern is one of Cascading Miracles. If a startup has an audacious, big, bold idea—à la SpaceX or Tesla—many things have to go right for the idea to succeed. In these situations, “Each of these things is a long shot,” says Tom.

That could include driving a fundamental change in customer behavior, raising $1 billion, getting the government to approve a niche idea, and more. Each of these extremely challenging and complex steps has to work. “If any one of those things goes wrong, the venture is toast,” says Tom. Sometimes that can lead to FedEx or Tesla, and sometimes it gives you Theranos or Segway.

In summary, being aware of these six patterns may help prevent a crash-and-burn startup failure. Is your company going down one of these paths? If so, it may be time to reflect and reset.

This session was a part of Underscore’s Boston Reconnect event, where we dug into topics like pricing and packaging, fostering DEI in startups, customer retention, early-stage fundraising, and much more. Watch all session recordings here. 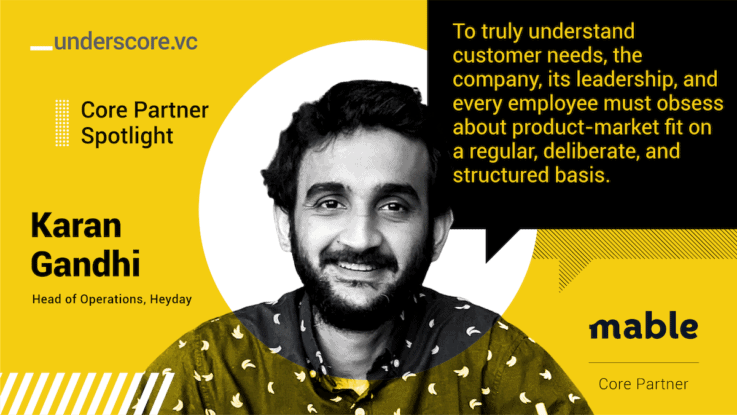