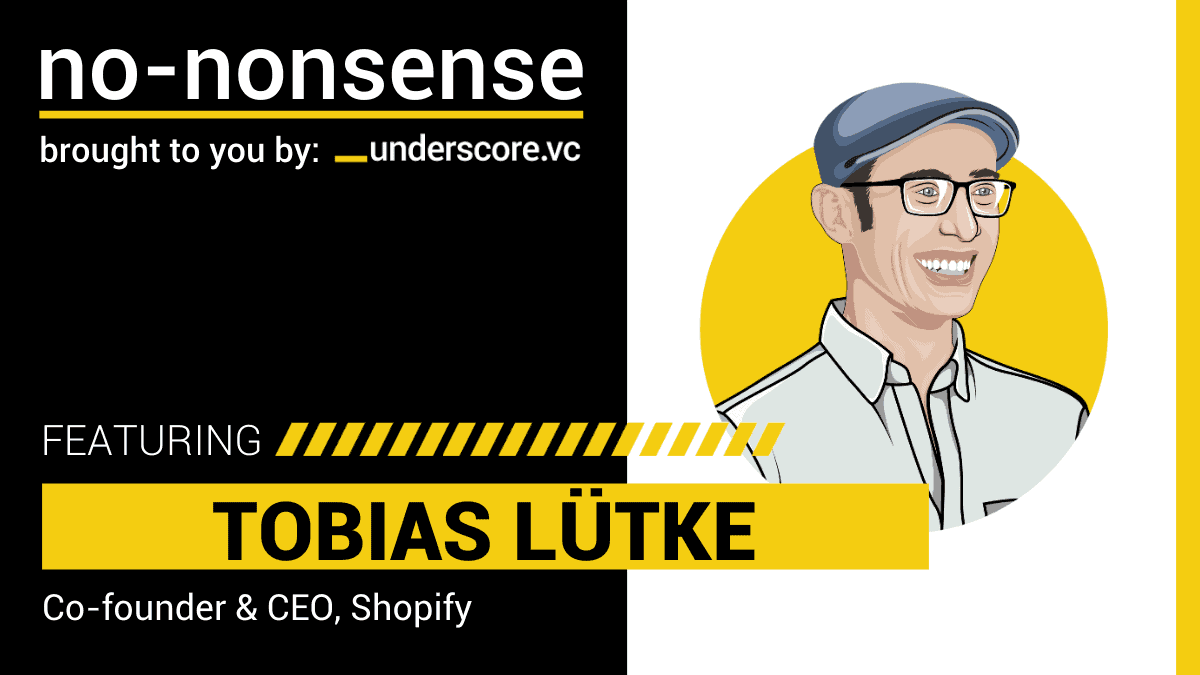 Following the 2019 Core Summit, we’re releasing “No-Nonsense,” a content series featuring no-nonsense advice on the not so obvious paths to success. Check back every Wednesday for the release of each interview with our 2019 Core Summit speakers. This week we dig in with Tobi Lutke!

This installation in our series features Tobi Lutke, the founder who set out to build a snowboard shop and ended up building a multi-billion-dollar e-commerce company Shopify.

Lütke’s always been tech-savvy. In fact, he left school at age 16 for a programming apprenticeship. However, in his quest to build a 20-person lifestyle business, he never anticipated he’d be at the helm of a now publicly-traded company with nearly 5,000 employees.

We dug into his initial hesitations to grow the company, their current aspirations, and how they managed to expand by embracing a then-unheard-of corporate culture. Tobi also joined us at the 2019 Core Summit, where he participated in a fireside chat with Shopify board member, Gail Goodman, and Underscore investor, Lily Lyman. The full chat can be enjoyed in the video below.

You’re quoted as saying that you held Shopify back from 2009 to 2010 when you were CEO. Can you tell us a little bit about that experience, and share what you may have learned about pacing growth?

I built Shopify initially as a lifestyle business. My goal was to make it the best 20-person company in the world.  Eventually, it became a question of, “Is this venture, or is this just a business?” Throughout those years, we had endless discussions around whether embracing growth was the right decision for Shopify.

Tests, experiments, ads, and contests were run to try and see if accelerating the business was the best move, and the results of every single one came in and told us, “Yes, we can and should grow our business and acquire more customers by spending money.”

I think it was sort of decided for me when we went [from Canada] to venture capitalists in the United States. So while I did – in a sense – “hold us back,” we wouldn’t be where we are right now if I hadn’t waited until I was absolutely sure that the path we inevitably landed on was the right one for our team and our customers.

Why did you feel you were holding Shopify back at that early stage?

Well, I was only holding it back if you’re looking at it from the rear-view mirror, right?

I know now that we could have absolutely grown the company faster, but I think I needed that time to learn the skills that I ultimately needed to be the CEO of a venture-backed company. Shopify is a multi-billion-dollar public company now, and going from, “Let’s be profitable, and maybe one day pay dividends,” to being the venture-backed business that we are today is by far the largest transition that we’ve ever done.

Is there a North Star that is guiding you as you think about the future?

What we’re trying to do is take this really, really complex idea of internet entrepreneurship and make it as simple and straightforward as possible, because we think there’s a huge global demand for people reaching for their own independence.

''there's a huge global demand for people reaching for their own independence'' - @Tobi, Co-founder & CEO of @Shopify Click To Tweet

In 2004, I started an online store selling snowboards. Back in those days, my hope was to find a fantastic piece of software that I could use to build this business that would be a non-issue. I found no such thing.

Today, we are building the software that we wished we could have found back in 2004. The reason why more people were not participating in online retail had nothing to do with interests and everything to do with the difficulty and friction in the process of selling something online, so when we make it simpler for more businesses to be able to succeed, this market grows.

How have you been able to keep a product-centric, engineering-centric, and maker-centric culture all in one?

Shopify is the only company I’ve ever built. I have not proven this model at any other time, so while I think I’ve succeeded in this specific instance and with these particular employees, sometimes I have my doubts that this could feasibly be a universally adoptable model.

However, in building Shopify’s culture, I figured what I need to do is pretty straightforward. Everyone in the company knew that – wherever possible – we would resist creating excessive process and rules. Instead, we wanted everyone to use their best judgment, bring their own authentic selves to work, and add little bits of their own lived experience. Then, everyone in the company simply trusts that, against the backdrop of all that is happening, great judgment ends up winning, and people make good choices. That’s it.

''Everyone in the company knew that – wherever possible – we would resist creating excessive process and rules'' - @Tobi, Co-founder & CEO of @Shopify Click To Tweet

A lot of people think that is exceptionally risky, but so far, it has worked perfectly well. I’ve been in probably a hundred meetings over the last 15 years where people have said, “This works at (whatever our current size is).” The truth is, though, that this started at around 20 people, but it continued to work for us at 40 people, 400 people, and even now at 5,000 people.

What’s a trust battery, and how do you build one?

We’ve put effort into building a company around the concept of trust – so much so that when people come into the company, we tell them that trust is something that’s often mentioned but rarely thought about. Many people have a simplistic idea of how trust functions. They think about trust as mostly binary – you either trust somebody or you don’t. In actuality, that doesn’t allow trust to be a useful tool to reason with in a company like this.

Trust is better thought of as a battery. When you create a new relationship, and meet someone for the first time, it’s not that you don’t trust them, because at a company where everyone has to go through a very elaborate hiring system, you know that person is not completely untrustworthy.

So, we say that – in this case – trust starts at about a 50% charge, and every interaction you have with other people either charges or discharges this battery a little bit.

Just like with your phone, if the battery is low, you think all the time about the battery. It’s the same with people. Those who are low on trust – you think of all the time. The people who are high on trust, you don’t worry about as much. Ultimately, we want this to lead to a super fruitful relationship between coworkers, so that we can easily collaborate and rely on each other.

Tobi, How do you handle moments of adversity and doubt in your career?

There’s a wonderful quote by John Wanamaker, who talked about his marketing spend somewhere in the 1800s. And what he said is, “Half the money I spend on advertising is wasted; the trouble is I don’t know which half.” I find that to be the single best description of what running and growing a company is like.

''There’s a wonderful quote by John Wanamaker, ‘Half the money I spend on advertising is wasted; the trouble is I don’t know which half.’ I find that to be the single best descriptions of what running and growing a company is like'' -… Click To Tweet

You’ll put in a ton of work on various projects, but only 50% of it matters, and you have no idea which 50% it might be, so it’s hard to just point and say, “Hey, here are the behaviors that made a difference,” because it’s just the sum of all our behaviors in the company that allow us to survive.

What would you suggest to entrepreneurs as they face those moments?

Always understand the system of how you got to where you are. I think entrepreneurship is about the ability to step back and look at the whole picture. It’s a beautiful thing as an early company – if you have 10 people, and one product, and one potential market, you can actually draw the entire systems diagram on one blackboard. Once you have that modeled out, try to reason about the whole situation and pick out how you got to the point. That’s what the trick is.

Digging what you heard from Tobi Lutke? Dig into last weeks No-Nonsense interview with Meghan Joyce, COO of Oscar Health! 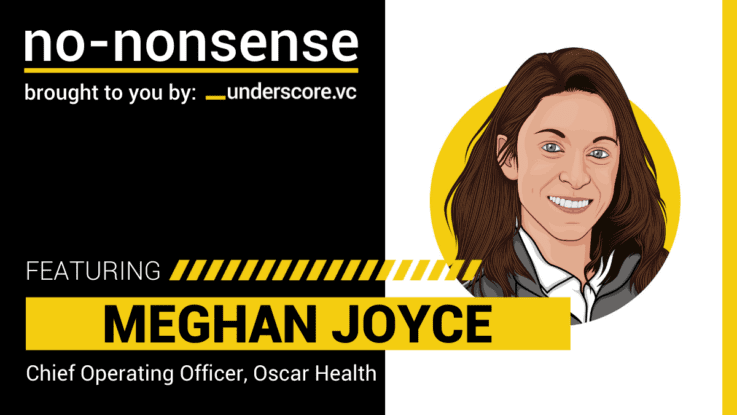