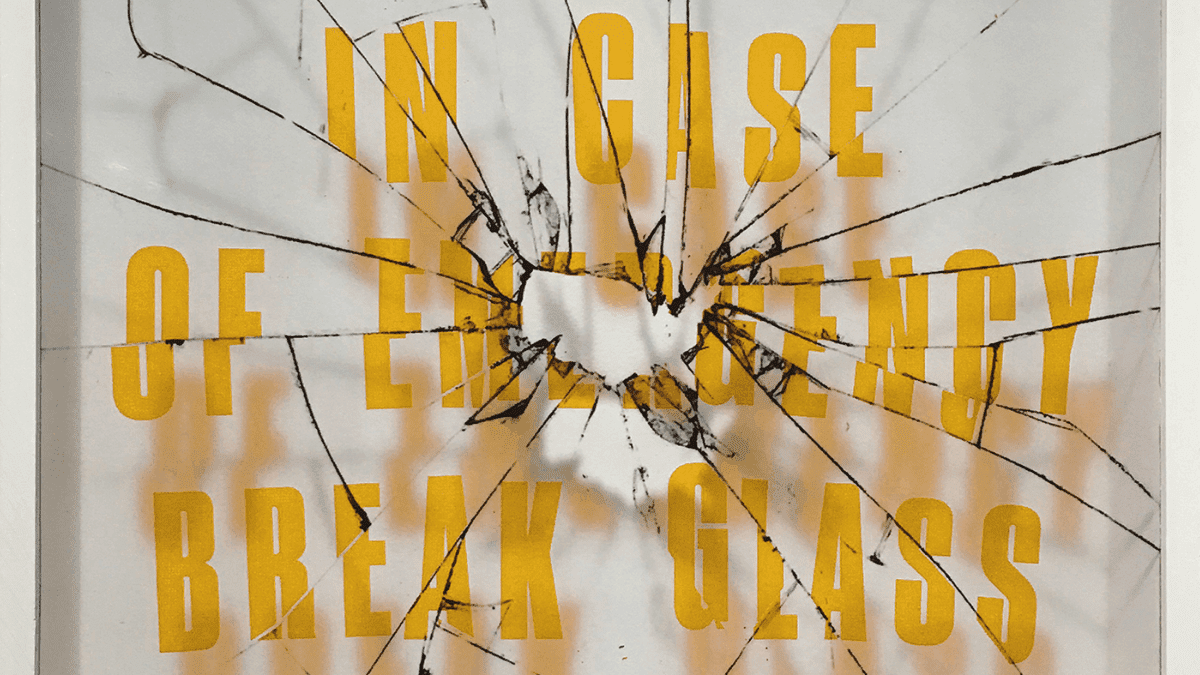 How Smart Contingency Planning Helped Salsify Get Through Covid-19

Jason Purcell, Co-founder and CEO of Salsify, saw firsthand the crippling economic impacts of the 2008 Great Recession. In building Salsify, a product experience management company, he and his executive team expected another recession to occur at some point, and they knew they’d have to plan for the worst. In turn, they made contingency planning an annual priority.

“Our awareness of the Covid-19 pandemic went from zero to 100 in a matter of days,” says Jason. “It was both shocking and scary. But despite our fears, contingency planning enabled us to stay focused, act swiftly, and make smart—albeit challenging—decisions.

Why Does Contingency Planning Matter?

The Great Recession and Covid-19 are extreme examples, but frankly, when does anything go as planned? A new competitor hits the market. A key team member leaves.

Contingency planning—or scenario planning—enables you to act nimbly and decisively when faced with a challenge, turning the unexpected into an opportunity.

“Without this proactive planning, you can end up cornered with few options, reacting to a crisis in the moment,” says Michael Skok, Founding Partner of Underscore VC. “Despite its importance, contingency planning can easily fall to a lower priority; it’s hard to feel a sense of urgency around a situation that doesn’t yet exist.”

But because of their prioritization, the Salsify team developed some of the critical components needed to build and manage the planning process. “At this point, scenario planning has become a habit—it’s part of our company’s DNA,” says Mary Jefts, CFO of Salsify.

Effective contingency planning comes down to four key components: Cadence, Constraints, Culture, and Communication. Here’s how the Salsify team went about it.

“Our planning process is becoming increasingly routine, but it took us a while to get here,” Jason adds. “The earlier you can set a planning cadence, the better.”

It starts with rough annual planning, which typically begins in September each year. Independent of any crisis, thoughtful planning sets your business up for success. At Salsify, this is a cross-company, collaborative effort—all groups are involved with operations and budgeting.

“We give them guidance; it’s not a free-for-all,” says Mary. “But planning together as an executive team helps us align around our targets and get buy-in from stakeholders across the company.”

However, this annual plan is just a rough guideline. “Whatever plan we have on January 1, it’s guaranteed to be different by the end of March,” Jason says. “The business evolves that quickly.”

That’s why it’s critical to reassess the plan each quarter and update it with new forecasting. These routine updates open up a conversation, so operations planning and execution can flow from there.

With an annual plan and reassessment cadence set, each year the Salsify team stress tests their plan, asking: What would happen in the event of a recession?

They think through a variety of assumptions, considering:

Constraints: What new constraints would they be working within? How quickly would customers churn? What would new bookings look like? Would customers stretch out payment terms?

Changes: What changes would they make to overcome these challenges? Would there be layoffs? How else could they save money?

For Salsify, in nearly all instances, these constraints would affect cash flow. “We stress-tested as far as we could go and assumed we’d have no access to capital,” says Mary. “How would we extend our runway and optimize cash?”

This exercise prompted Salsify to make some proactive moves before the pandemic. And once Covid-19 hit, it enabled them to make logical—but tough—decisions. “We were able to quickly come up with a model that did not take a lot of work,” says Mary. “Having it already exist helped take the emotion out of what it would mean for the company and our teams.”

As a result of this planning, some key decisions included:

Taking stock of resources: The Salsify team didn’t want to create a self-fulfilling prophecy by laying off sales reps and then killing their sales pipeline, so they forecasted a best-case scenario based on a reduced sales team performing at full capacity to ensure rapid growth was still possible. They expected customer churn to go through the roof, so they preserved account managers to focus on cross- and up-selling. “We had a lot of discussions about where to cut to make sure that we didn’t cut too deep,” says Mary.

Preserving key investments: Salsify also looked at newer investments they’d made. For example, they were just opening up an office in EMEA, but they chose to preserve these efforts, despite them not yet generating revenue. “It takes time to recruit the right leader and the first few key resources for a team,” says Mary. “We had already hired and onboarded them and decided that it was an investment worth maintaining. In hindsight, it paid off—we closed five new customers in EMEA in Q2 2020 and are continuing to build a strong pipeline.”

Limiting layoffs to one round: This nimble yet methodical planning enabled Salsify to cut at an appropriate depth. “Making this cut was painful,” says Jason. “But we cut swiftly and deeply so there would be only one round of layoffs, and we tried to communicate clear expectations to the entire company around why we were confident this was the case. That way, everyone could get back to some sense of normalcy.”

From its founding, Salsify has been extremely intentional about building its company culture. The organization is grounded in transparency, communication, and collaboration, and team members are incredibly committed to the company’s success.

This starts with including the full executive team in decision making, so leaders are aligned behind company decisions. In response to the impacts of Covid-19, they led by example, taking salary and bonus cuts. “We wanted to get people to think about what needed to happen,” says Jason.

Throughout these challenges, everyone has viewed decisions from a company perspective, not a team perspective. That alignment made it easier to carry them down, despite their difficult implications. “They weren’t just directives from Jason,” Mary adds.

“Throughout this process, we tried to act fast, but thoughtfully,” Jason notes. One example includes Salsify’s transition to working remotely. When the team first started to become aware of Covid-19, Salsify did a WFH trial run, and everyone worked remotely before the office officially closed. They were able to work out kinks before the change became long-term.

As it became clear there would be changes, the Salsify executive team tried to be incredibly transparent. “Layoffs suck, but you can’t duck the pain,” says Jason. “There is no way to avoid hard conversations.”

Salsify knew their teams would assume the worst and feel deeply stressed about impending layoffs. So, they went to an extreme to over-communicate everything.

“We’ve always pushed decisions and context down as far as possible, so it didn’t feel all that different,” says Jason. “But we didn’t want anyone to suffer from ambiguity, so we repeated everything ad nauseam.”

By thoughtfully considering the four Cs of contingency planning—Cadence, Constraints, Culture, and Communication—Salsify was able to do more than just shield its business from long-term damage. “Despite a sobering round of layoffs, the company went on to have a record quarter and has come out stronger in the end,” says Michael. “Their proactive planning paid off in a big way.”

Want to watch the full Core Collective Series event that inspired this article?

Below you’ll find a recording of the discussion had between the Underscore VC team and Salsify’s CEO, Jason Purcell, and CFO, Mary Jefts. They share how they created three contingency plans as soon as COVID-19 hit the US. You’ll learn how to build a plan and a communication strategy that fosters trust amongst your board members, team members, and customers in an uncertain environment. 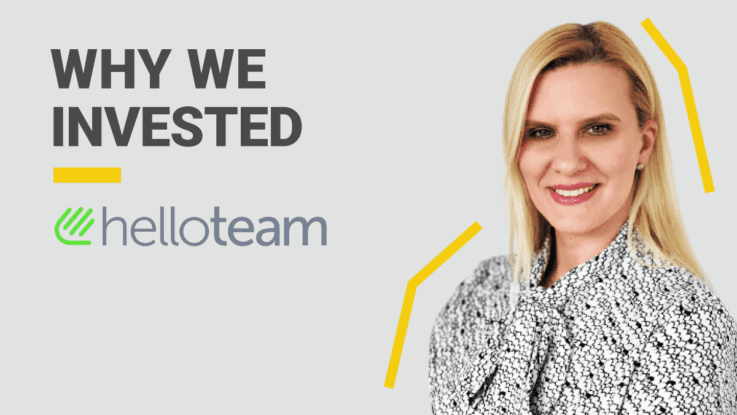 The Future of Employee Engagement: Why We Invested in HelloTeam’s Seed Round