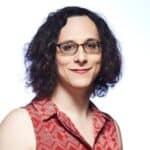 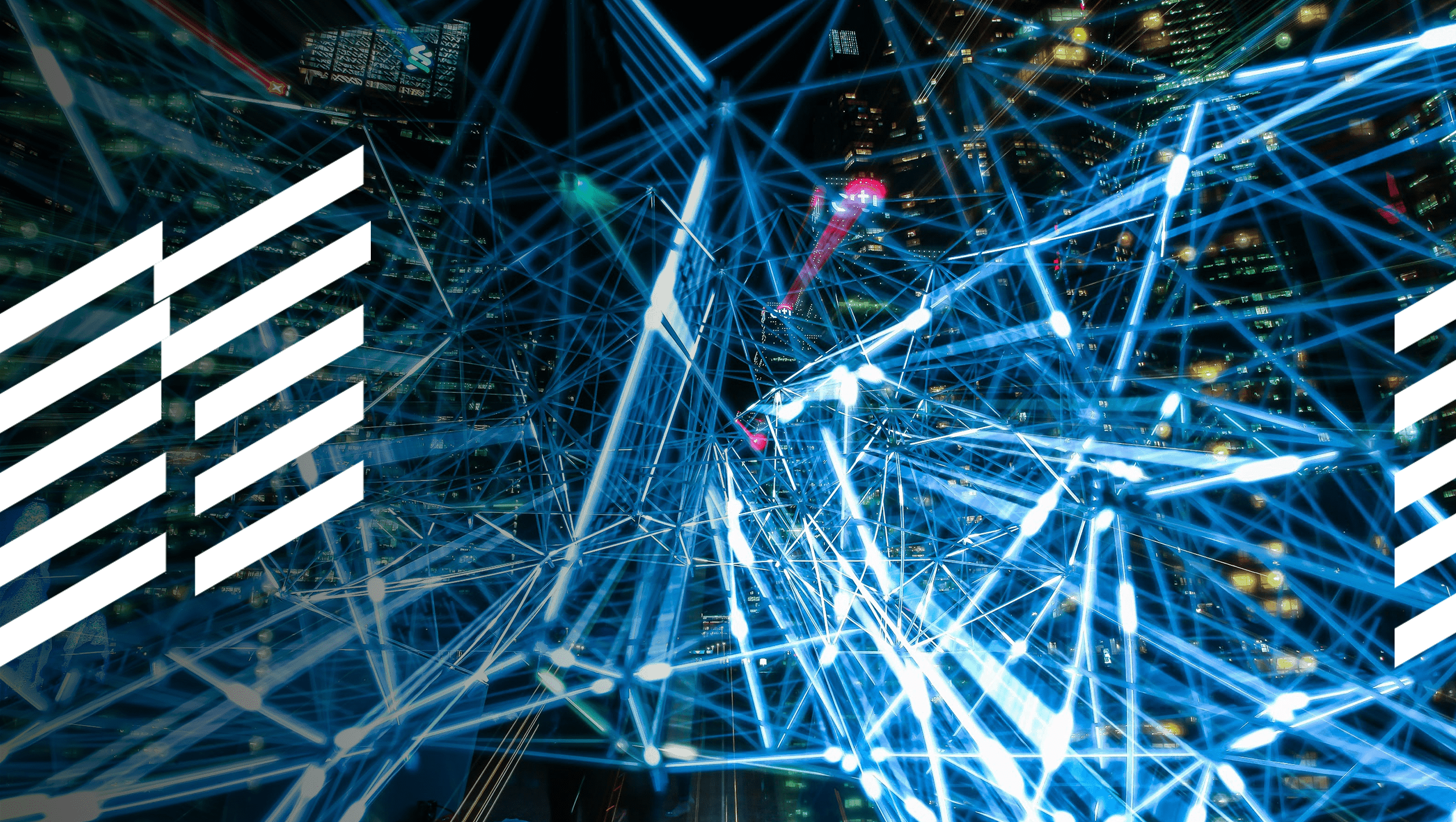 A Curated List of Resources from the Underscore VC Community

Portugal’s great modernist, Fernando Pessoa, is famously quoted as saying that “strength without agility is a mere mass.” An astute observation, indeed, but what on earth does Fernando Pessoa have to do with serverless technology? The answer: Indirectly a lot more than you might think. Pesoa championed the import of agility and reinvention, which are two key benefits of serverless technology that should not be overlooked.

Fascinatingly, Pessoa attributed his best writings to seventy-two fictional alter egos. And these alter egos were not merely pen names; rather, each was a full-blown character with its own unique backstory. Essentially, most nights, Pessoa reinvented himself — and with each reincarnation came radically fresh writing styles, and with fresh new works came critical acclaim.

In today’s “innovate or die” business environment, there is much to learn from the late Fernando Pessoa. For one, it is apparent that agility is a critical component of success. That’s why, at Underscore VC, we are energized by the emergence of serverless technology, and the agility the technology enables.

With reports of serverless technology having a quarter-over-quarter growth rate between six-hundred and seven-hundred percent, the developing technology is primed to be more disruptive and transformative than cloud itself. The first generation of cloud technology did not substantially change how companies conducted business. Serverless technology, on the other hand, will change the world of software development.

In line with this trend, at Underscore VC, we’re not only preparing for a serverless future, but we’re also enabling one through the investments we make and the founders we foster. We’ve been diligently striving to surround ourselves and our entrepreneurs with what we call our Core community, which includes some of the smartest minds in the serverless space. Now over several-hundred strong, we’re ready to shepherd our founders into the promises of a serverless tomorrow.

Our passion for a serverless future is further encouraged by the prospect of more seamlessly scaling innovation. Serverless cloud technology eliminates undifferentiated heavy lifting by abstracting away the management of the cloud infrastructure necessary to support application logic. This in turn allows both funding and attention to be channeled to quickly building, adapting, and bringing to market differentiated products and services. In essence, you’re free to devote your time and attention to core business functions.

While serverless technology enables businesses to deliver value to market at a pace never before achieved, it also allows businesses to create and run systems for pennies on the dollar. This is because you can run just the granular functions you need when you need them rather than spinning up all the traditional cloud infrastructure. Consider the immense value this provides young innovators building new products or services, who have yet to captivate their respective markets and customer bases. With the cost efficiencies provided by serverless technology, these innovators are free to experiment and create without the burden of shouldering costly debt.

Although serverless technology is extremely powerful, it is not without its challenges. If you try to repeat the architecture and work patterns of the pre-serverless world in the serverless world, you will not realize this technology’s true potential. To realize the full potential of serverless technology, you’ll have to think differently about how you build, deploy, manage and operate applications. Amazingly, some of those who are most intimately connected to the technology don’t fully understand how this operating system works. Even the strongest of serverless technology advocates, who have begun composing applications using this new paradigm, have discovered as they venture down the serverless road that they don’t truly understand how the software they build works — And it’s a terrifying realization, when you no longer have a way to understand the operating system you’re responsible for building and maintaining.

As the transition to serverless brings about these and other challenges, opportunistic startups will emerge to meet the needs of the evolving market. Indeed, we’ve already seen two prime examples of this with IOpipe and CloudZero, two serverless-focused startups that Underscore is proud to partner with.

Similarly, CloudZero’s founder and CEO, Erik Peterson, saw opportunity in the challenges companies face in seeking to run reliable systems in unpredictable and chaotic cloud environments. CloudZero was designed to enable businesses to adopt and manage serverless systems in mere seconds, with no agents or software needed for deployment.

Excited by the agility of serverless technology, some developers have charged forward architecting serverless systems, only to realize that something has gone critically wrong. Their bill has run away on them as a result of incorrectly architecting the system, or they’ve encountered some cloud weather that they could not have predicted. Struggling with downtime and unmet expectations, it becomes all too apparent that they don’t understand this new paradigm, and they have no place to put an agent or install monitoring technology because today’s monitoring tools are agent-based and focus on servers, not the cloud itself.

Fortunately, CloudZero offers a solution. One of the unique premises of CloudZero’s technology is that it can connect directly to environments like AWS and, regardless of how many AWS accounts a customer has, CloudZero is able to monitor system events, logs, and activities across any number of accounts, allowing developers to truly understand the system they’ve built. This enables businesses to make those systems more secure and cost-effective, and allows them to understand performance during cloud weather events, or when there is a degradation of service because of the failings of the cloud provider.

“It is a terrifying thing to wake up and realize, that you no longer understand the system that you’ve created, particularly when you are tasked with building a better system, or making that system run faster, and more cost effectively, or securing that system. Without that understanding you can’t actually do your job — So if there is one thing that CloudZero puts back into the hands of the users that they have lost, it’s the ability to understand the systems that they have created.” — Erik Peterson

CloudZero’s $5M in Series A venture capital, was led by Matrix Partners and Underscore VC. Subsequently, more than a dozen Underscore VC Core Community members are investing time and money in the partnership with the CloudZero team.

The success our Core Community has had in underscoring bold and innovative founders, has encouraged us to double down on it. So whether you want to join our Core Community, or think we may be the right partner for you as you build the next great company at the forefront of serverless cloud computing, we can’t wait to meet you!

In the meantime, for your reading pleasure, we have compiled a few of our favorite resources to get you started on your serverless knowledge journey. To realize the full potential of serverless technology, and to inspire like our old friend Fernando Pessoa, you’ll need to lean on the learnings of experts in the industry and hear their stories.

As firm believers in the power of community, we invite you to share with us some of your favorite serverless-related resources!

“Serverless” is just a name. We could have called it “Jeff” by Paul Johnston

Serverless: Volume Compute for a New Generation by RedMonk

Click to Tweet and let us know some of your favorite startups, thought-leaders, or communities in the serverless space! 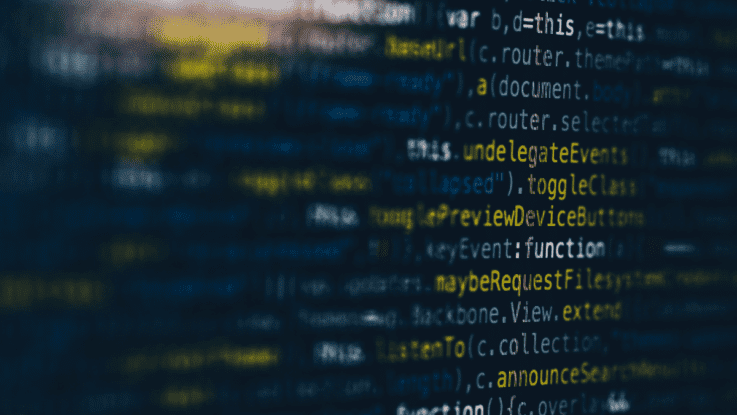 Where to Invest in the Serverless Computing Landscape 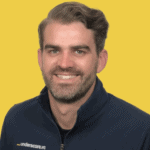